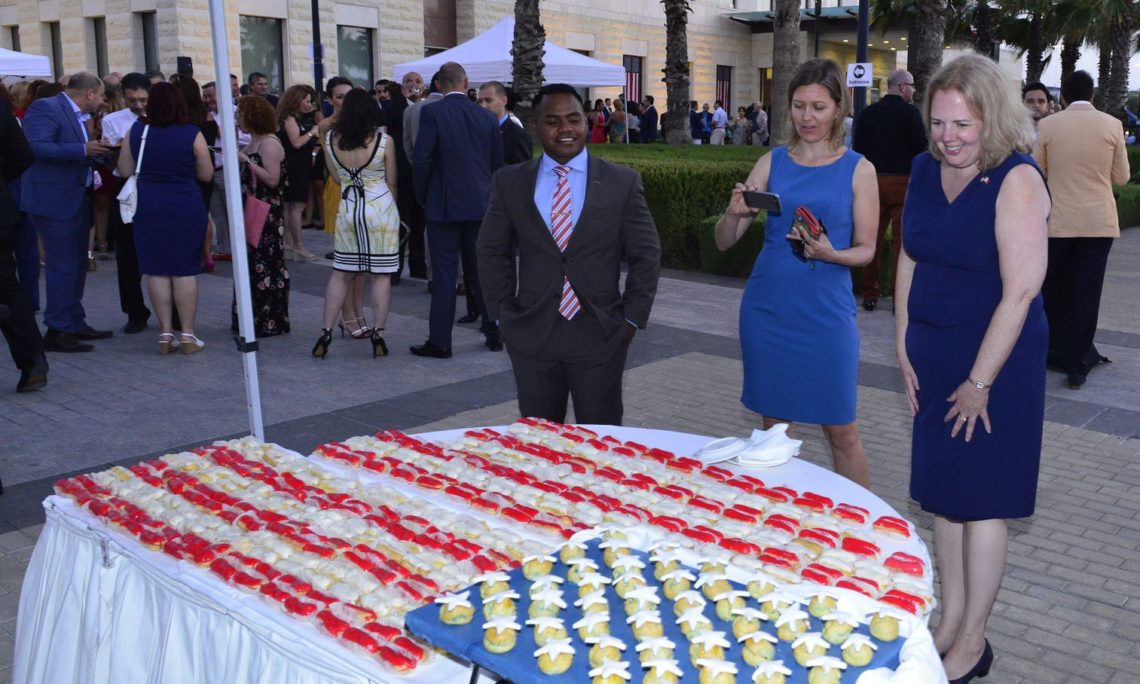 On Wednesday, July 6, U.S. Ambassador G. Kathleen Hill, welcomed Maltese officials, diplomatic colleagues and friends at a reception to mark the 240th anniversary of the Independence of the United States of America.  The theme this year was “American Flavors,” with an emphasis on the diverse tastes and ingredients from the U.S.A’s food scene.  In brief remarks on the occasion, Ambassador Hill invited guests to experience the culinary diversity of the food tables that reflected the rich diversity of ethnic backgrounds that constitute the United States.

Ambassador Hill spoke about the American identity, embodied in the Latin words inscribed on the seal of the United States, “E Pluribus Unum” — Out of Many, One.  She said, “Thanks to its fundamental openness, the United States today is among the most culturally and religiously diverse countries in the world.”  The Ambassador expressed satisfaction for the excellent bilateral relations between the United States and Malta.  She thanked the American companies operating in Malta for their support and annual commitment to sponsoring the Independence Day reception.  The U.S. Air Forces in Europe band, Five Star Brass, performed popular jazz tunes.

In her speech, The President of Malta, Her Excellency Marie-Louise Coleiro Preca, expressed appreciation and satisfaction for the bilateral successes of the past year and for the commitment of the U.S. and Maltese governments to continued cooperation in meeting today’s global challenges.  Her Excellency Coleiro Preca and the Honorable George Vella, Minister of Foreign Affairs, joined Ambassador Hill, Embassy staff, and guests in toasting the historic friendship between the United States and Malta.