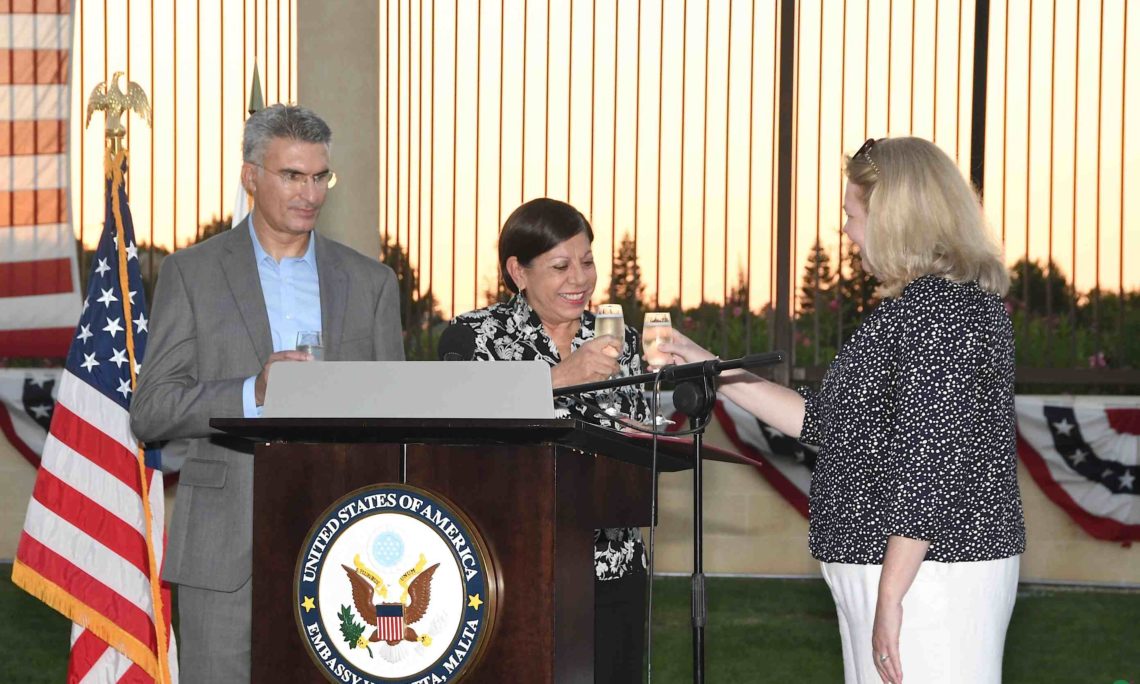 On Thursday, July 6, U.S. Ambassador G. Kathleen Hill welcomed Maltese officials, diplomatic colleagues and friends at a reception to mark the 241st  anniversary of the Independence of the United States of America.  The theme this year was “America’s Backyard Barbecue,” with an emphasis on the casual games that are so popular in the U.S.  In brief remarks on the occasion, Ambassador Hill invited guests to try out the games, which included a trivia quiz, a photo booth, corn-hole stations, horse shoes, and mini golf.

Ambassador Hill spoke about the barbecue tradition in the U.S. that began with Native Americans.   The Ambassador expressed satisfaction with the excellent bilateral relations between the United States and Malta.  She thanked the American companies operating in Malta for their support and annual commitment to sponsoring the Independence Day reception.  The Clarinet Trio, a U.S. Air Forces in Europe ensemble, and the Armed Forces of Malta Clarinet Quartet performed popular jazz and pop tunes.

In her speech, The Acting President of Malta, Her Excellency Dolores Cristina, expressed appreciation and satisfaction for the bilateral successes of the past year and for the commitment of the U.S. and Maltese governments to continued cooperation in meeting today’s global challenges.  Her Excellency Cristina and the Honorable Carmelo Abela, Minister for Foreign Affairs and Trade Promotion, joined Ambassador Hill, Embassy staff, and guests in toasting the historic friendship between the United States and Malta.