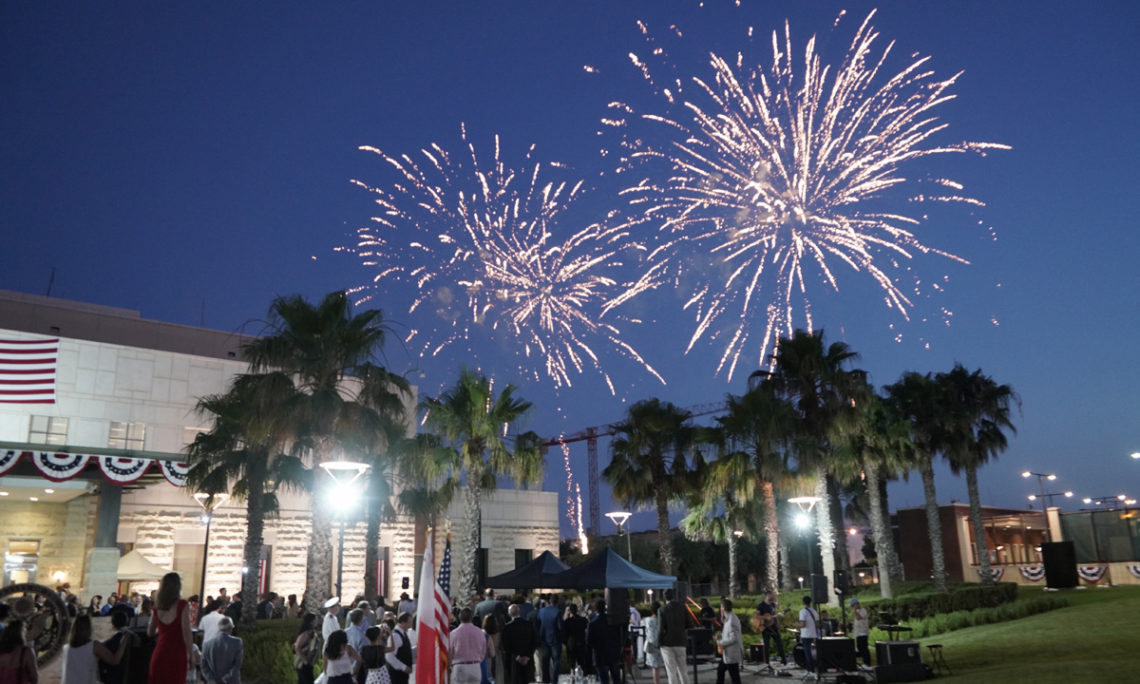 On Tuesday, July 2, Chargé d’Affaires Mark A. Schapiro and Ms. Sara Dolfi Agostini welcomed Maltese officials, diplomatic colleagues, and friends of the U.S. Embassy at a reception to mark the 243rd   anniversary of the Independence of the United States of America and the 230th anniversary of the establishment of the U.S. Department of State.

The theme this year was “Baseball:  America’s National Pastime,” with an emphasis on how baseball became the de facto national sport.  Chargé Schapiro spoke about the history of baseball, the value of diversity in baseball or for any organization anywhere, and the gender revolution of Title IX legislation that has helped bring sustained success to the U.S. Women’s National Soccer Team in this year’s World Cup.  During the reception, His Excellency Dr. George Vella, President of Malta, and The Honorable Carmelo Abela, Minister for Foreign Affairs and Trade Promotion, joined Chargé Schapiro to throw the ceremonial first pitch.

In his speech, the President of Malta, His Excellency Dr. George Vella, expressed appreciation and satisfaction for the bilateral successes of the past year and for the commitment of the U.S. and Maltese governments to continued cooperation in meeting today’s global challenges.  His Excellency Dr. George Vella and Mrs. Vella and the Honorable Carmelo Abela and Mrs. Abela, Minister for Foreign Affairs and Trade Promotion, joined Chargé Schapiro and Ms. Dolfi Agostini, Embassy staff, and guests in toasting the historic friendship between the United States and Malta.