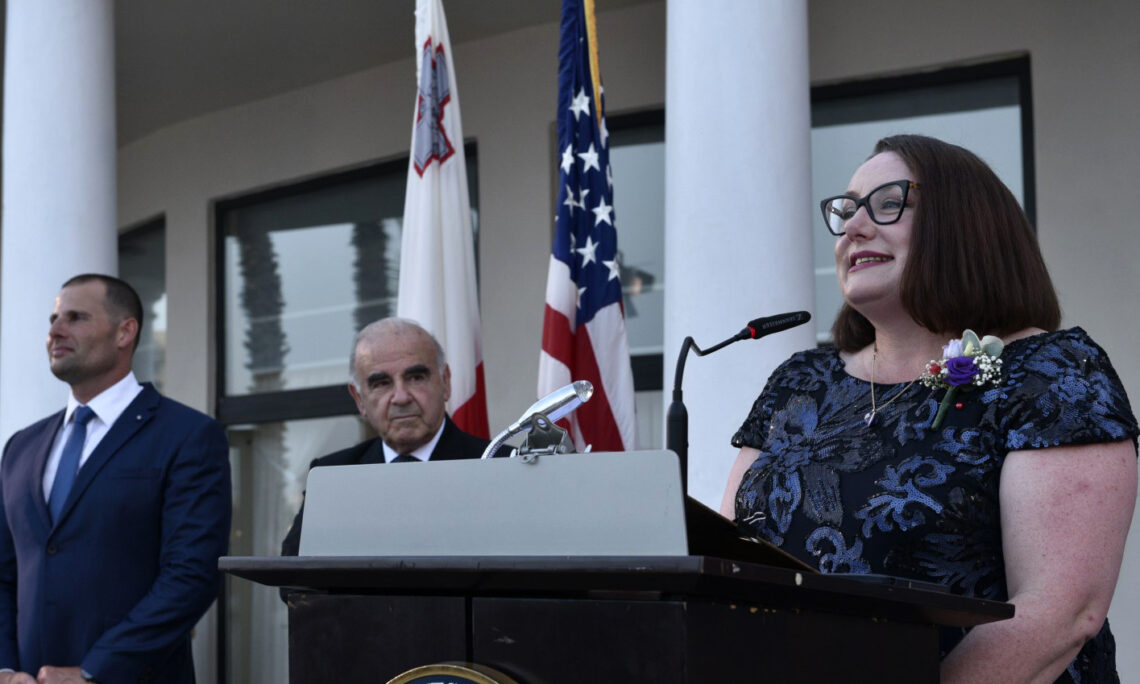 On Wednesday, July 6, Chargé d’Affaires Gwendolyn “Wendy” Green welcomed His Excellency George Vella, President of Malta; The Honorable Prime Minister Robert Abela; Maltese dignitaries; diplomatic representatives; and friends of the U.S. Embassy at a reception to mark the 246th anniversary of the Independence of the United States of America.

In her remarks, Chargé Green reflected on the past, present, and future of the bilateral relationship between the United States and Malta.  Chargé Green said, “The United States partners with the government and people of Malta through vibrant exchanges, academic partnerships, law enforcement cooperation, commercial activities, and our many bilateral efforts to promote innovation and commerce, the rule of law, and peace and security in the Mediterranean.”

Chargé Green praised the solidarity of Malta and the United States with the people of Ukraine, who are suffering as they defend themselves from the unprecedented, full-scale invasion perpetrated by the Putin regime.

The Barbarossa Winds Quintet, from the U.S. Army Europe and Africa Band and Chorus, performed the U.S. and Maltese national anthems and entertained guests with live renditions of American classical and popular tunes.

In his speech, the President of Malta, His Excellency George Vella, expressed appreciation for the bilateral successes of the past year and for the commitment of the U.S. and Maltese governments to meet today’s global challenges.  His Excellency George Vella joined Chargé Green, Embassy staff, and guests in toasting the historic friendship between the United States and Malta.