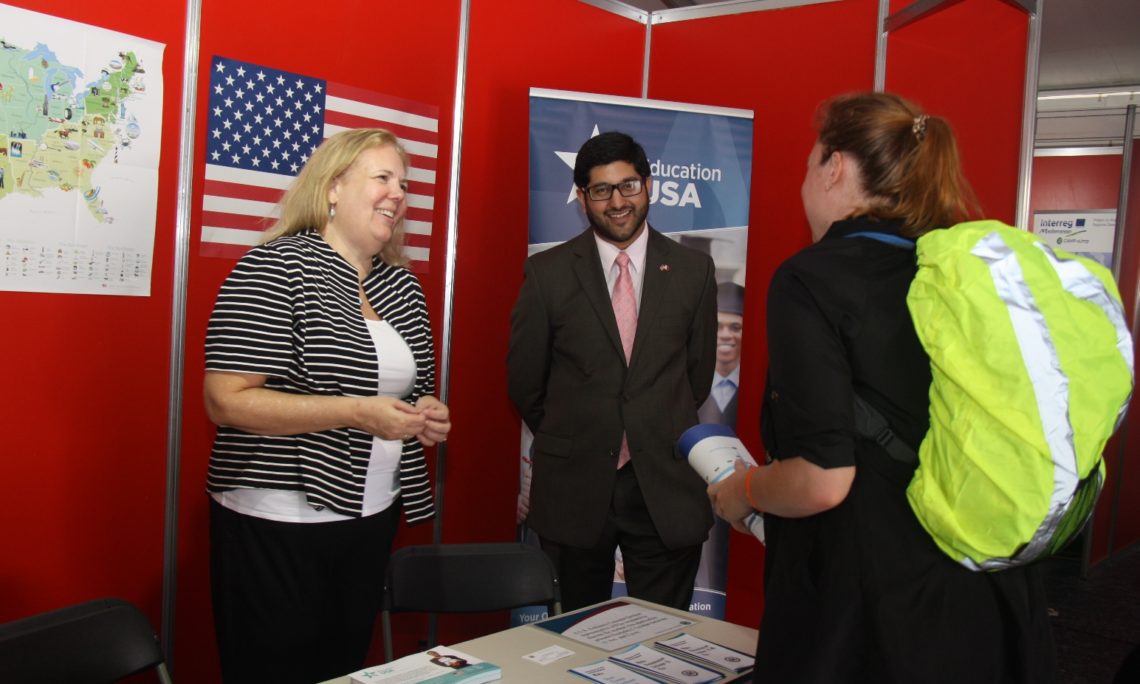 The U.S. Embassy rented a booth to promote study in the U.S. and explain F1 visas at this year’s University of Malta Freshers’ Week, which took place between Monday, October 2 and Thursday, October 5, 2017.  Freshers’ Week is orientation for new students and attracts returning students too.

On Monday, October 2, U.S. Ambassador G. Kathleen Hill joined our stand at Freshers’ Week, and on Tuesday, October 3, the University Students’ Council accompanied Deputy Chief of Mission, Mark Schapiro, on a tour of the booths where he met with members of student organizations and young leaders.