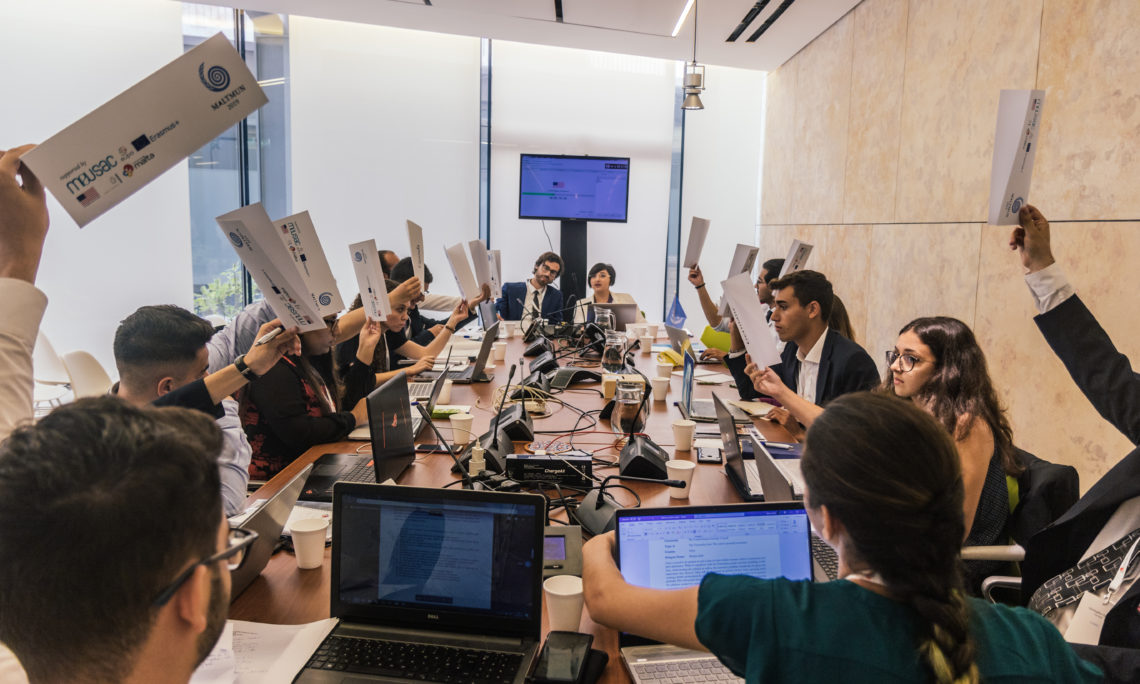 In collaboration with the U.S. Embassy, the Malta Model United Nations Society organized its fifth annual conference September 13-15, 2019.  The theme was “Ego Vs. Leadership:  Restoring the Balance,” focusing on how leadership styles influence foreign policy.

Over fifty Maltese and international youths simulated debates in the United Nations Committees and drew up resolutions on the Venezuela Crisis, corruption in power structures, religious persecution, climate migration and climate change, among other topics.

His Excellency George Vella honored participants with his presence and a keynote speech during the opening ceremony.  Mr. Kahin Ismail, United Nations High Commission on Refugees Representative and Mr. Mark A. Schapiro, U.S. Embassy Chargé d’Affaires, delivered remarks to launch the conference.  During the closing ceremony, His Excellence Carmelo Inguanez, Head of Malta’s Permanent Mission to the United Nations, delivered remarks via digital video conference.  The Honorable Angelo Farrugia, Speaker of the House of Representatives, presented awards to the outstanding chairs and delegates.

In his remarks, Chargé d’Affaires Schapiro praised MaltMUN’s efforts to raise awareness about important global issues at a time when the world is witnessing increasing concerns about rule of law, religious persecution and corruption.  He said, “Countries that champion individual freedoms and core values are often the most secure, economically vibrant, and prosperous in the world.”  Mr. Schapiro noted that the U.S. Embassy is proud of its long-standing partnership with MaltMUN.