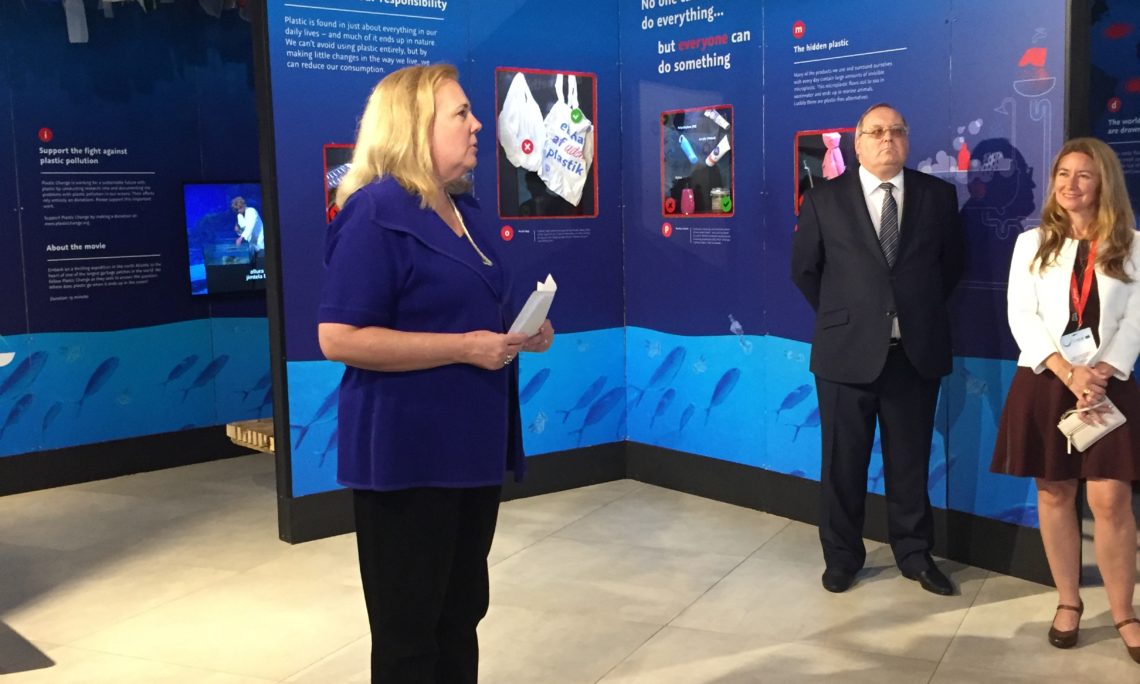 Ambassador Hill and Director General Machado introduced guests to two exhibitions currently on display at the Aquarium. The interactive exhibition, “An Ocean Free of Plastic,” will be open to the public at the Malta National Aquarium, Qawra, until October 10. The exhibition is the result of a partnership between the United States, European Commission, the National Aquarium of Denmark (Den Blå Planet), and NGO Plastic Change. The exhibition highlights U.S. and EU leadership in tackling marine litter.

The exhibition “Ghost Net” is the initiative of Healthy Seas, A Journey from Waste to Wear. Healthy Seas recovers abandoned fishing nets that pollute our seas and coasts, and regenerates the nylon into high-quality yarn that is turned into brand new sustainable textiles.

The fight against plastic pollution is one of four main strands of the 2017 Our Ocean conference, hosted by the European Union in Malta on October 5 to 6, 2017. High-level ocean champions from around the world gathered under the motto ‘Our Ocean – an Ocean for Life’ to underscore the importance of ocean protection and sustainability. Initiated by the United States in 2014, the first three Our Ocean conferences resulted in more than 850 billion euros in commitments to ocean projects worldwide.

Our oceans feed us, protect us, and provide our industries with services, from transportation to tourism to trade of all kinds. The health of our planet’s oceans determines in large part the health of our own bodies and the health of our economies. Future generations depend on our responsible stewardship.