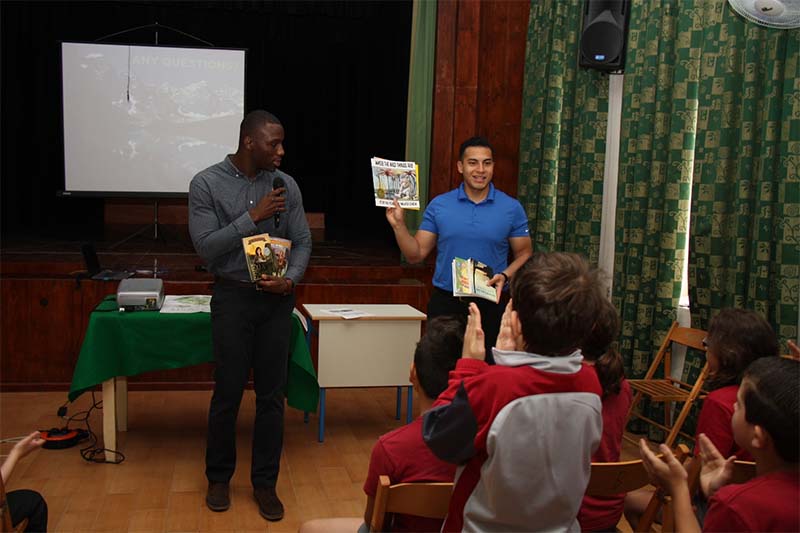 U.S. Embassy staffers presented at three schools in May, 2016, as part of the U.S. Embassy’s ongoing school outreach program.

Our Public Affairs Officer met with St. Julian’s Primary School students to present on Native Americans.  Later in the same week, the U.S. Embassy’s Defense Attaché spoke to students about the United States and the diversity of its communities and people.  We also visited Paola Primary School to talk to students about wildlife in regions of the United States.  The students welcomed our Speakers with enthusiasm and lots of questions.  One student even came prepared with shed snakeskin to show us and his friends.  All our Speakers donated books to the schools’ libraries.

The U.S. Embassy’s ongoing school outreach program runs throughout the local school year, but also through the summer months at designated summer schools.