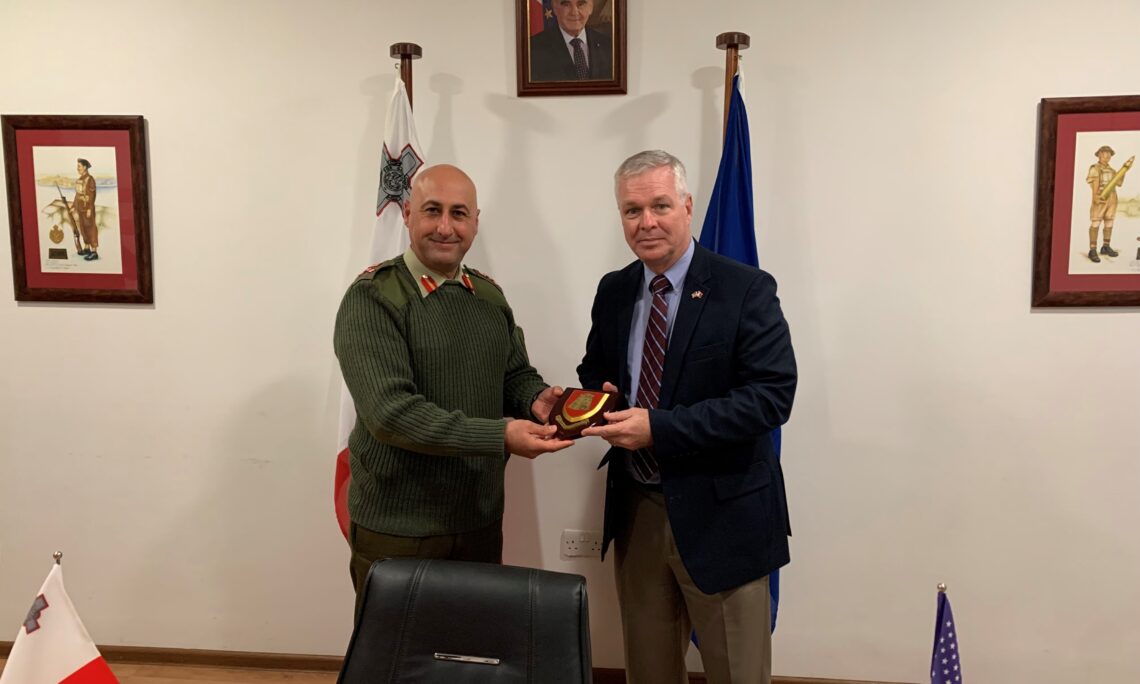 U.S. Coast Guard Vice Admiral Steven D. Poulin, Atlantic Area Commander, visited Malta from December 5 to 6 for engagements with the Armed Forces of Malta and International Maritime Law Institute (IMLI).  His visit spotlighted the excellent maritime cooperation between the United States and Malta.  His visit also served as preparation for an anticipated port call with U.S. Coast Guard vessels, which will engage in at-sea exercises and professional exchanges with the Armed Forces of Malta.

Vice Admiral Poulin serves as the operational commander for all U.S. Coast Guard missions from the Rocky Mountains of the United States to the Arabian Gulf.  His prior experience includes service as the Chief of the Office of Maritime and International Law.  The Vice Admiral cited this biographic connection in a presentation to Malta’s world-recognized International Maritime Law Institute, where he spoke with students and faculty and offered a guest lecture.

In welcoming Vice Admiral Poulin, U.S. Chargé d’Affaires Gwendolyn S. Green remarked, “The strong ties between the United States and Malta deserve recognition.  For over two hundred years, we have supported each other, and we now stand together to address 21st century threats to regional and international security.”