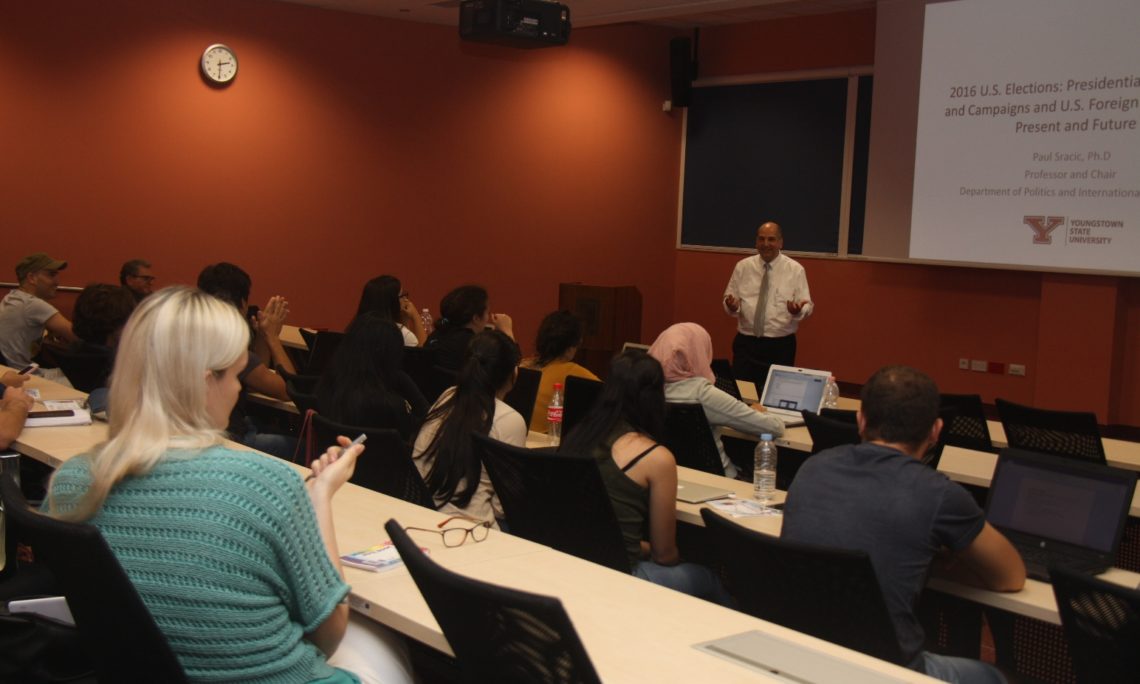 Dr. Paul Sracic visited Malta on October 17 to October 19 as part of the Department of State’s Speaker Program to address the 2016 U.S. Presidential Elections at a variety of venues in Malta.

Dr. Sracic delivered presentations on the U.S. electoral system and democratic process, the presidential candidates, party platforms, and campaigns.  He talked about the role of Congress, the validity of voter polls, the historical background of the election in 2016, and the role of the primaries in influencing the selection of presidential candidates.  While in Malta, Dr. Sracic participated in a panel discussion at the University of Malta Valletta Campus, presentations and Q & A sessions at both the AZAD and IDEAT Foundations, and a lecture at the University of Malta Msida Campus.  Participants at these events included students, academics, party officials, the media, and members of the public.

Dr. Paul Sracic is Professor and Chair of the Department of Politics and International Relations at Youngstown State University in Ohio.  He holds a Ph.D. and M.A. in Political Science from Rutgers University, and a B.A. in Political Science and Economics from Albright College.  In 2009, Dr. Sracic was selected as a Fulbright Scholar in Japan, and spent a year lecturing at the University of Tokyo.  He specializes in American politics and American Constitution Law.