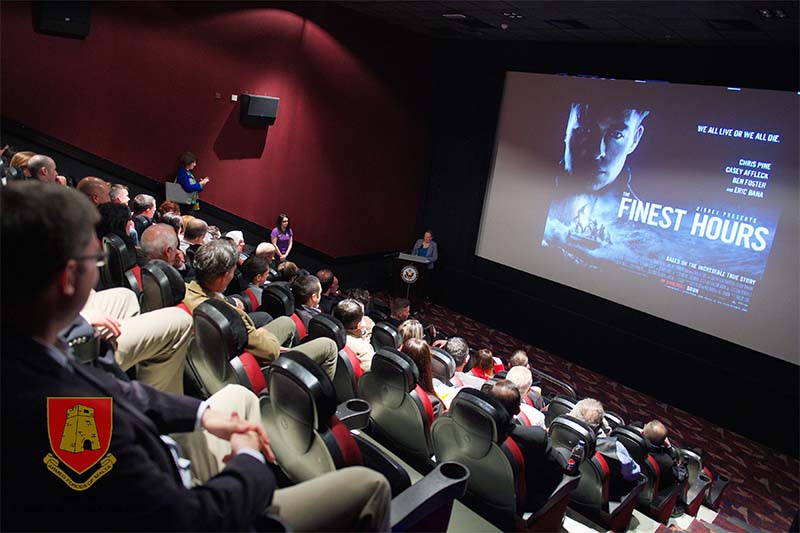 On Tuesday, March 1 the U.S. Embassy organized a film night to celebrate the U.S. Government’s enduring partnership with the Armed Forces of Malta.  Thanks to the support of Embassy Cinemas in Valletta and KRS Film Distributors Ltd., the U.S. Embassy and Armed Forces of Malta communities had the privilege of enjoying a pre-release viewing of the action movie The Finest Hours.  The film chronicles one of the most daring sea rescues in U.S. Coast Guard history.

In brief remarks, U.S. Ambassador G. Kathleen Hill saluted the partnership between the U.S. Coast Guard and Armed Forces of Malta in upholding the safety of life at sea, maritime security and freedom of navigation in the Mediterranean.  She commended the personnel who selflessly respond to distress signals, despite the harrowing maritime conditions which may prevail at the time.  Ambassador Hill said, “Thank you for the service you render — the life of purpose that you’ve embraced, the risks that you’ve accepted and the sacrifices you will make.  I look forward to enhancing our bilateral friendship and cooperation at all levels.”