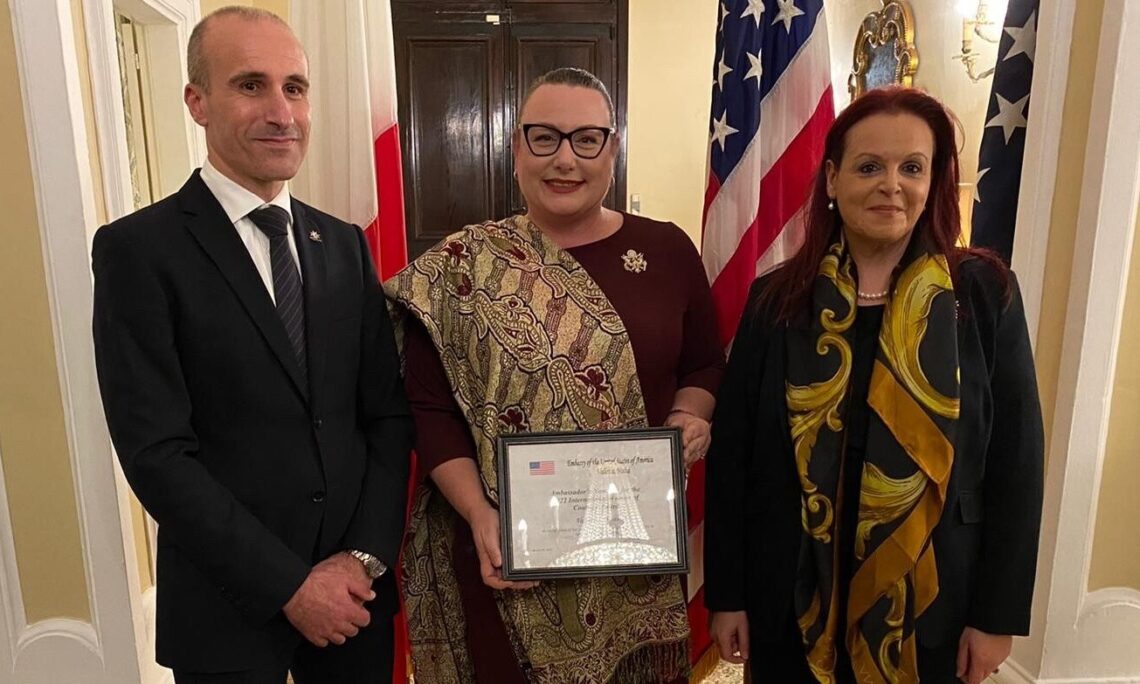 To celebrate Women’s History Month, Gwendolyn “Wendy” Green, Chargé d’Affaires at the U.S. Embassy, ​​paid tribute to the Deputy Commissioner of the Malta Police Force, Dr. Alexandra Mamo, as the recipient of the “Ambassador’s Nominee for the U.S. Secretary of State’s International Women of Courage Award.”

This annual award honors women who have shown exceptional courage, commitment, and leadership in improving the lives of others.  The U.S. Embassy chose Deputy Commissioner Mamo as the recipient of this award because of her exceptional and courageous commitment to the rule of law and law enforcement in Malta.

In her remarks, Chargé Green said, “As the first female Deputy Commissioner of Police in Malta, Alexandra Mamo has blazed a path for young women in a traditionally male-dominated profession.  We wish her every success in her efforts to strengthen the role of the police in fighting crime, corruption, violence, and abuse.”

Deputy Commissioner Mamo said, “I believe that the only way to do great work is to love what you do…I am happy to be doing what I love, serving and protecting our community and my country.”

The U.S. Embassy and the Malta Police Force enjoy an excellent partnership, which provides opportunities for training and collaborative efforts to combat regional and international crime.