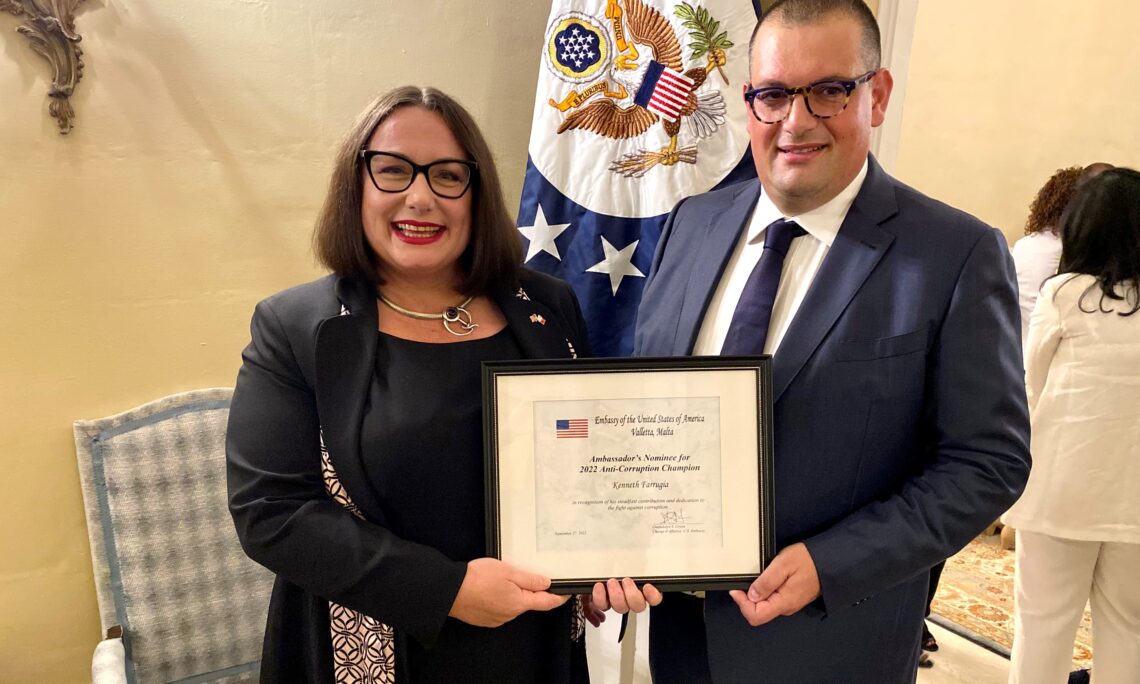 This award honors individuals who have worked tirelessly, often in the face of adversity, to defend transparency, combat corruption, and ensure accountability in their own countries.

The U.S. Embassy selected Mr. Farrugia for his tireless work behind the scenes in exposing financial crime, money laundering, and tax evasion.  Mr. Farrugia joined the FIAU in 2017, overseeing seismic changes at the Unit, while fostering closer ties with other justice sector partners, and helping to steer Malta through both the MONEYVAL and Financial Action Task Force evaluations of Malta’s efforts against illicit finance.