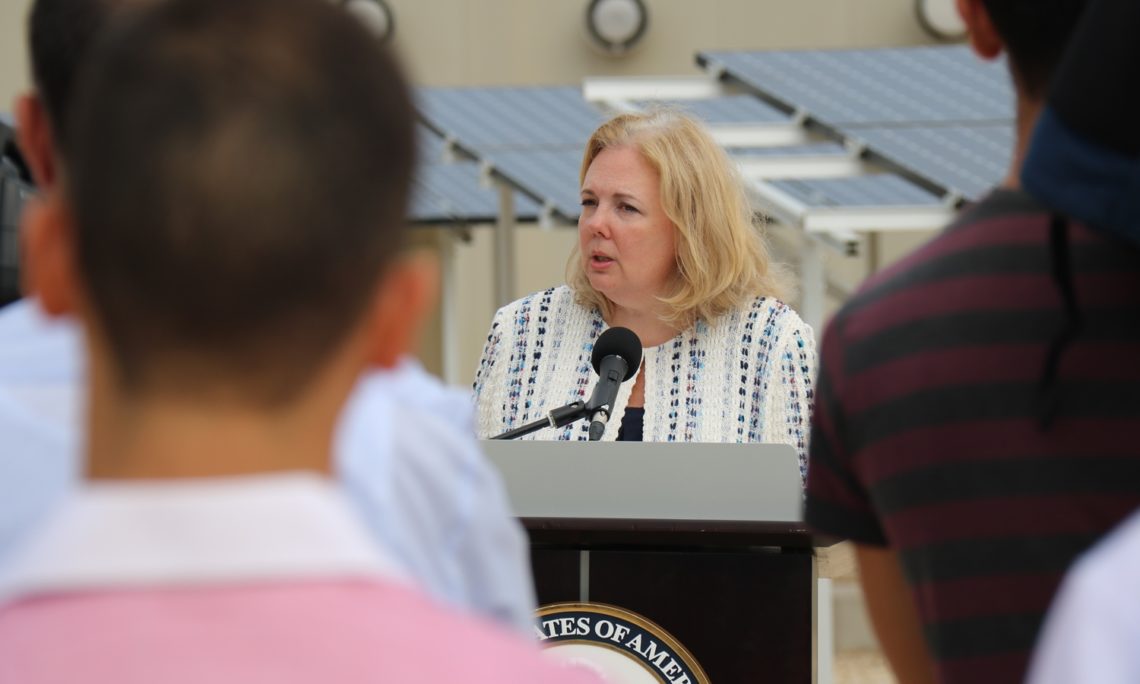 The event celebrated the conclusion of a wider project, which includes a 350-kilowatt (kW) solar photovoltaic (PV) installation, a wind turbine and a solar pool heater.  The project will produce renewable energy year-round, taking advantage of Malta’s abundant wind and sunshine.

The Department of State contracted Solar Solutions Ltd. (Malta) to complete the project.

Minister Herrera welcomed the U.S. Embassy’s efforts to protect the local environment.  He said, “The U.S. Embassy is to be commended for its commitment to enhancing its environmental credentials.  These projects, which utilize renewable energies, help Malta address its climate change targets and objectives.”