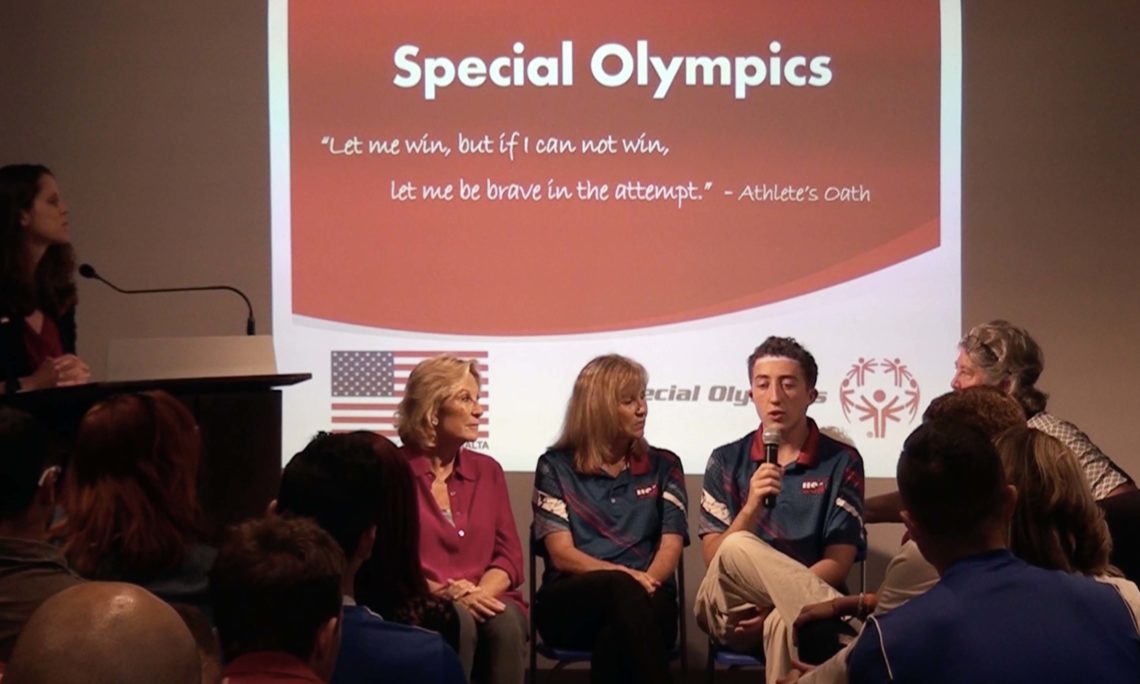 While in Malta from October 22-25, the Sports Envoys led educational presentations and swimming clinics focused on inclusion and adaptive sports.  They met with Ministry for Education officials, physical education teachers, college students pursuing teaching degrees, students, and Special Olympics athletes and coaches.  The four-day visit was sponsored by U.S. Embassy Valletta through the U.S. Department of State’s Sports Envoy Program and brought together individuals with and without intellectual disabilities to engage through the power of sports.

During the inauguration of the program, U.S. Chargé d’Affaires Mark A. Schapiro commended Alex Heuermann’s achievements and emphasized the importance of disability-inclusive approaches to education, employment and public service to ensure that people with disabilities are able to exercise their rights as full and equal participants in society.  Mr. Schapiro described Donna de Varona as the driving force behind the promotion and protection of critical legislation, including the passage of Title IX of 1972 and the Amateur Sports Act of 1978.  He noted, “These two pieces of legislation – one prohibiting discrimination on the basis of sex in any federally funded educational program or activity, and the other restructuring how Olympic sports are governed in the United States – deeply impacted generations of Olympic and Paralympic athletes, and women in particular.”