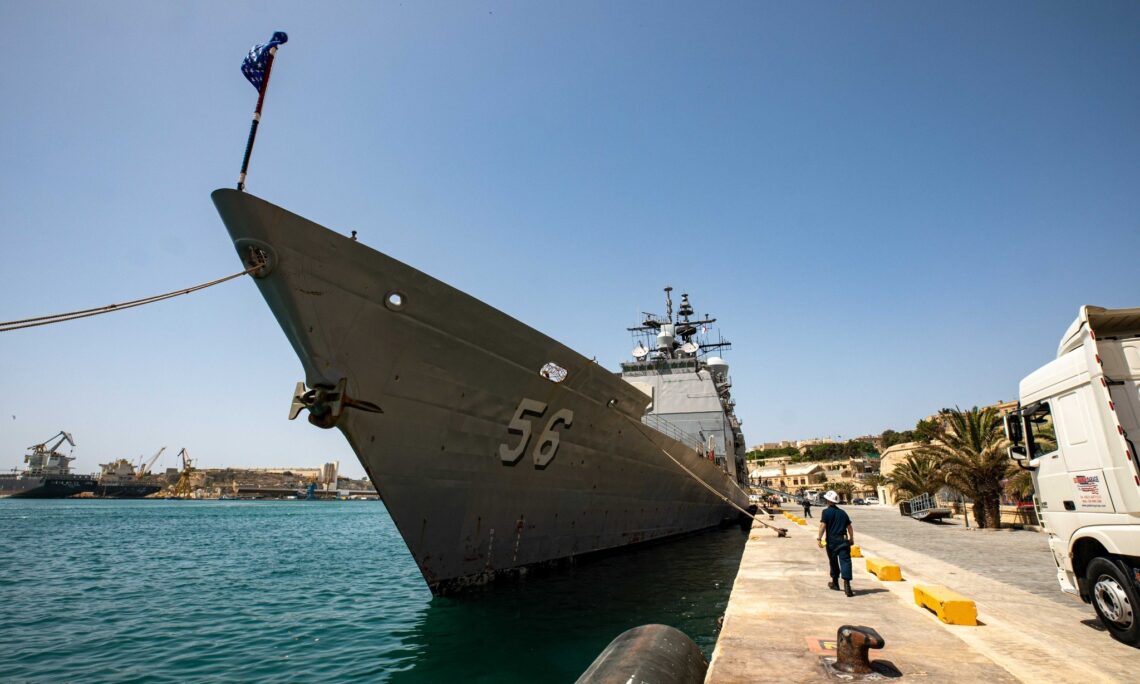 The USS SAN JACINTO (CG-56) will enter Malta’s historic Grand Harbor on June 26, 2022.  While in Malta, the officers and crew will enjoy shore leave and have the opportunity to immerse themselves in the cultural and historic heritage of Malta.

U.S. Chargé d’Affaires Gwendolyn “Wendy” Green welcomed the arrival of the USS SAN JACINTO.  “These ships are a visual reminder of our strong partnership to keep the Mediterranean safe and an opportunity for the Armed Forces of Malta and the U.S. Navy to share their maritime expertise,” she said.

The USS SAN JACINTO (CG-56) is a Ticonderoga-class cruiser.  The ship honors the April 21, 1836 battle by the San Jacinto River in Texas, where General Sam Houston and his greatly outnumbered Texas soldiers defeated Mexican Army forces.

Captain Christopher E. Marvin is the commanding officer of the USS SAN JACINTO.  Captain Marvin, a native of rural northeastern Pennsylvania, boasts over twenty years of service in the U.S. Navy and is a recipient of the U.S. Navy Commendation Medal; Iraq Campaign Medal; and various other unit and service awards.